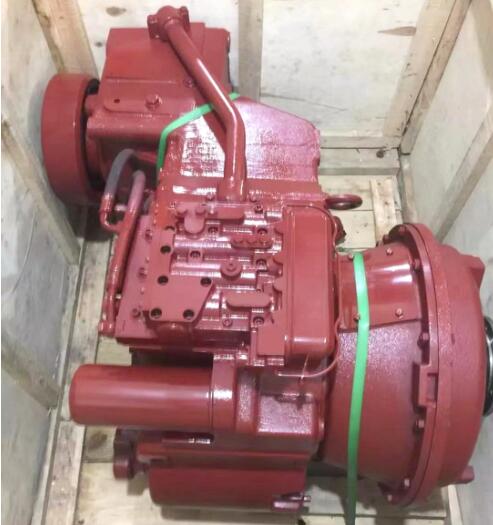 One XG962 loader is equipped with Liuzhou ZF-4wg200 transmission.  After 1302 hours of use, the machine fails to work in both

forward and backward gears I and II, and other gears are normal.

Zf-4wg200 transmission is an electro-hydraulic controlled fixed axle semi-automatic shift transmission. The working principle of its shift control system is shown in Figure 1.

After receiving the control signal from the shift handle, the electronic control unit makes logical judgment and sends an electrical

signal to the transmission control solenoid valve. After receiving the electric signal, the solenoid valve controls the shift hydraulic

system to realize the separation and combination of the shift clutch, and finally realize the gear control. Figure 2 shows the power

The combination status of gear solenoid valve and clutch is shown in the attached table.

According to the analysis of the shift control working principle, power transmission circuit diagram and the combination table

of solenoid valve and clutch gear of this type of transmission, it can be seen that the causes of this fault are as follows:

It can be seen from the attached table that if M4 solenoid valve does not work, there will be no action in the forward and backward

It can be seen from Figure 2 that the power transmission lines of gears 1 and II all pass through the  gear, which extends into the front half of the clutch hub and is combined with the driving plate in the K3 clutch.

If the driving and driven plates of K3 clutch are sintered, Z The power transmission of gear is interrupted, and gears I and II do not work.

The abnormal output signal of the shift handle and the failure of the electronic control unit will lead to the non operation of gear I and gear I. 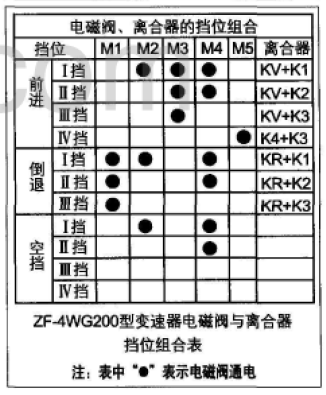 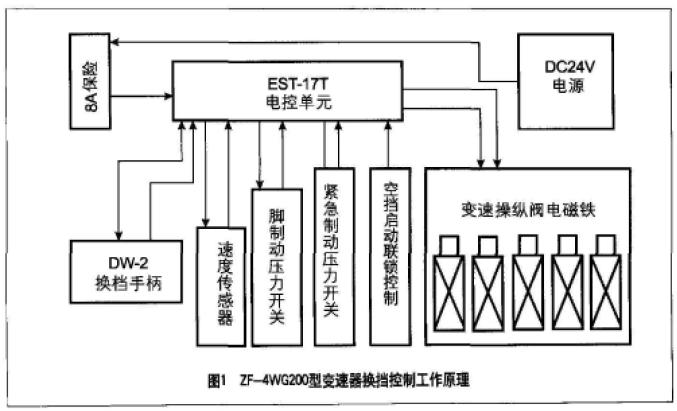 First, check whether the output signal of the shift handle is normal, and no problem is found. Secondly, put the transmission in the

neutral position, turn on the ignition switch, and do not start the engine. When you hear the sound of "tick, tick" from the electronic

control unit, and then the sound of "Shua..." from the solenoid valve, it shows that the working signal of the electronic control unit

is normal. Check the wire and the output and input signals of the electronic control unit again, and the results are normal.

Again, shift to gear I or gear II, and use a small iron piece to test that the magnetic force of M4 solenoid valve is normal.

Then use a multimeter to detect that the resistance value of M4 solenoid valve is within the normal range (100 ± 10) Q. Based on this,

it is preliminarily determined that there is a fault in the K3 clutch. Then, disassemble the K3 clutch of the transmission and find that

its driving and driven plates have indeed been sintered, resulting in the interruption of power transmission of Z3 gear and the non

operation of gears I and II. Finally, the K3 clutch was repaired and tested, and the fault disappeared.